What I’ll discuss with my garden in 2014 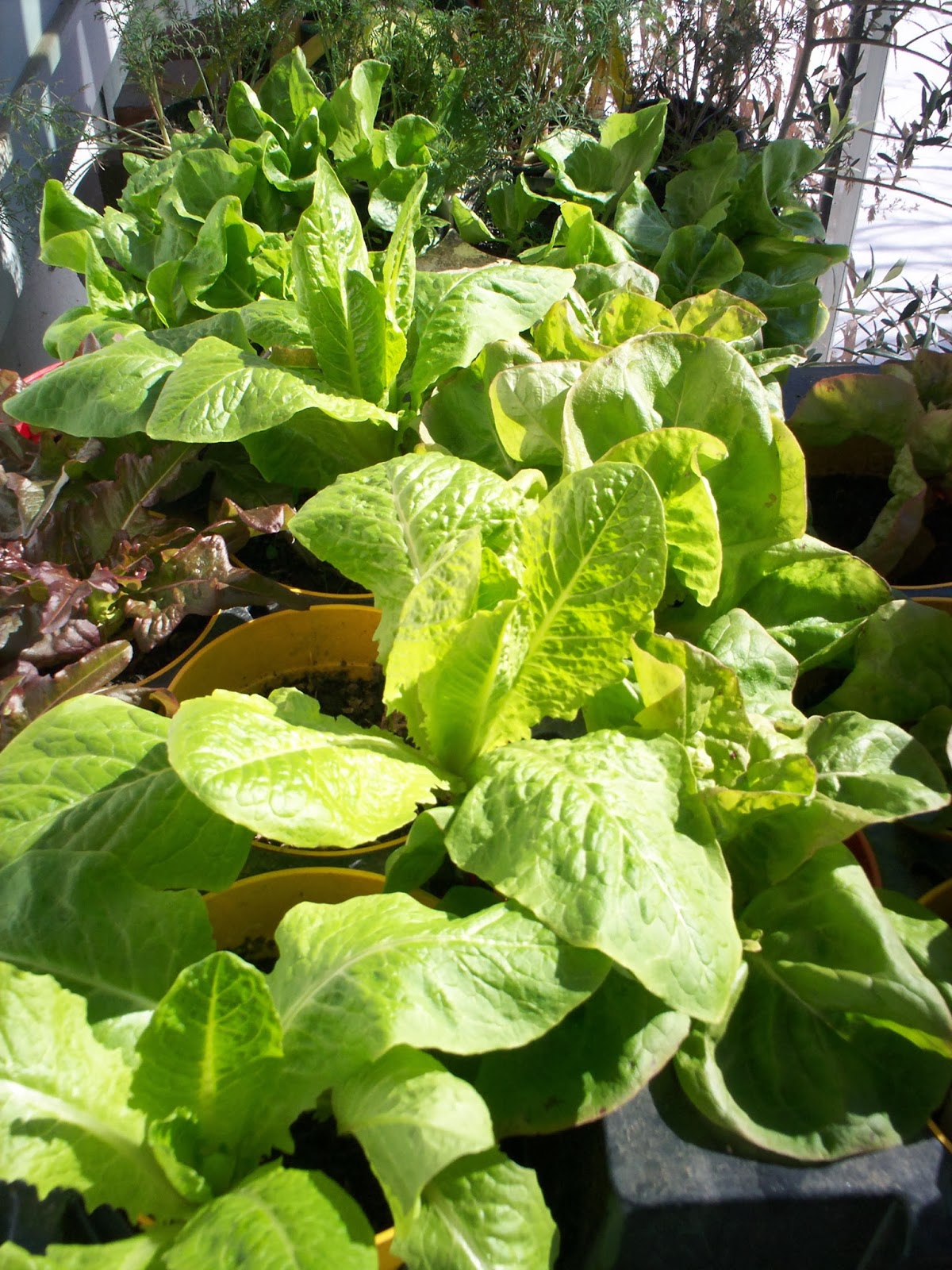 In the previous post I discussed the questions I’m asking my garden soil to answer in 2014. This post discusses what I want to learn from the crops I’ll be growing this year.

Last year’s dialogue with my garden suggested that re-mineralizing the garden soil brought positive results even though I did not make the best choice for materials to use in the fertilizer mix. Most notably, pest and disease pressure seemed less last year. Regarding this year’s re-mineralization effort, I hypothesize that pest and disease pressure will be no worse than in 2013. I also hope that flavor of those varieties whose flavor I know well will show further improvement, and that yields increase, or at least do not decrease, for those varieties I have grown before. If this happens, it will be more evidence that proper soil mineral levels are one of the keys to raising a lot of delicious, nutritious food in the small spaces that Ecology Action’s work claims is possible. I hope that as the garden soil improves it will need little if any added minerals and organic matter beyond the compost I make. However, I think it will be a few years before the soil can answer that question.

In the meantime, last year’s results suggested that I need to make some improvements in my gardening technique. These include ensuring that I plant crops closer to the times when I’ve obtained the highest yields in past years, not shading the peppers and eggplants with taller crops, reducing spacings for some crops in order to boost the yield per unit area to levels in past years, including a control variety for all crops I grow, and reducing weed pressure. I hope that the crimson clover cover crop will help to reduce weed pressure, although I will also have to make sure it does not shade out low crops. For the other goals, I kept each in mind as I drew up the planting plan and seed starting schedule for 2014.

Another change I will make this year is to avoid using triangular spacing. It takes longer to plant this way (at least for me it does), especially when I transition from one crop to another with a different spacing. Also it is harder to determine the exact area planted to each crop. Instead I will allot the various crops about the same amount of space per square foot but use rectilinear spacing. In this way I hope to give each crop the room it needs and have a more accurate knowledge of the area it is using, allowing a more accurate measurement of yield per unit area.

Here’s what I’m planning to grow and how in 2014 to allow the garden to answer some of the questions that last year’s results suggested I ask it this year.

Dry beans, black-eyed peas, and soybeans. Last year I learned that I must trellis the dry beans in order to keep the bean pods off the ground. This year I’ll grow ‘Midnight Black Turtle’, a favorite variety from past years, and trellis it in some fashion. I’ll also trellis the ‘Queen Anne’ blackeyed peas and plant them earlier, hoping to get higher yields. I’ll pre-sprout the ‘Asmara’ soybeans, a variety eaten as edamame (harvested green, boiled in the pod, and squeezed out of the pod to eat), plant them earlier, and trellis if needed.

Beets and carrots. I reduced the area devoted to carrots and am only growing one variety, ‘Danvers 126’, this year as we may have enough carrots remaining from last year’s crop to last through spring. For beets I am growing the same area and varieties, again because the stored crop should last through spring.

Bok choy and spring cabbage. I hope to get these crops sown and transplanted at the proper time so they grow to their full potentials. I plan to trial a different variety of bok choy against ‘Prize Choy’ which I have grown for several years. I will grow the same two spring cabbage varieties.

Broccoli. This year I’ll grow three different open-pollinated broccolis: ‘Green Goliath’, ‘Nutri-Bud’, and ‘Atlantic’ to compare them for yield, flavor, and pest resistance. The first has been the highest-yielding to date, the second is the one I grew last year, and the third is new to me. I’ll grow them in the spring only and strive to get them sown and transplanted at the proper time. If the fall cabbage does well (see below) I will likely try a fall broccoli crop in 2015.

Fall cabbage. I haven’t tried a crop of fall cabbage for storage in the past because harlequin bugs have killed any cabbage-family crops I tried to grow through the entire summer. Instead I have sown kale and collards in August for fall crops. However, I have been dissatisfied with the yields I have obtained, and we have not used them as effectively as we would stored cabbage. Nor do kale or collards survive winter reliably in the open garden. This year I am taking a chance on raising long-season storage cabbage varieties ‘Brunswick’ and ‘Early Flat Dutch’. They will have to be sown into flats or pots in April and transplanted to the garden in early June in order to mature by the end of October, about when the growing season ends here. If we don’t have a summer-long heat wave and associated drought as we did in 2012 and if the harlequin bugs don’t suck the life out of the cabbages before they can mature, we’ll be rewarded with cabbage for sauerkraut, slaw, and stir-fries during at least part of the winter. And if this effort is successful, I’ll probably devote a larger area to fall cabbage in 2015 as cabbage has become our staple winter green vegetable.

Cucumbers and melons. I need to trellis these and plant them earlier to get a better crop. I’m trying three different melons this year to see if I can get a ripe melon out of any of them, a feat that for some reason has remained beyond me.

Parsnips, onions, and leeks. This year I will grow parsnips, onions, and leeks in the same bed as all three are crops that should be planted by early April here. At that time the soil is cool enough that the parsnips should germinate well. I’m trying ‘Andover’ parsnip this year. I’ll grow ‘Giant Musselburg’ leek, the one that has yielded best for me. I’ll grow two intermediate-day onion varieties, ‘Australian Brown’ and ‘Bronze D’Amposta’, to see how they yield, taste, and store. In addition I’ll grow ‘Noir de Russie’ scorzonera in this bed to see how we like this as a root crop.

Lettuces. I don’t plan to try any new lettuces this year, just make sure I get them planted at the right time for both spring and fall. I will also start lettuces in mid-September for an overwintering crop on the glassed-in front porch. Last year’s overwintering crop, started at about the same time, is doing very well (you can see it in the photo above). We’ve already enjoyed some of the crop and I will pick more soon.

Peas and peanuts. For these I am growing the same varieties as last year. However, I will be certain to pre-sprout the peas before planting them, and I will rig up a trellising system for them. I’m devoting more of the space in this bed to peanuts and less to peas since the peanuts store well in ambient conditions.

Popcorn. This year I’ll plant all the beds on the same date so the corn pollinates well. I have diatomaceous dust on hand in case some critter decides to sample the crop before it is ready. Perhaps a mouthful of dust will discourage further pilfering.

Potatoes. I’m planting ‘Elba’ at three different spacings across the bed and will measure the yield for each spacing separately, in order to determine the best spacing for my conditions. I’ll also try some sort of fencing to keep the plants within bounds. I acquired a potato planter and look forward to planting potatoes from a standing position!

Peppers and eggplants. I re-designed the bed with these crops to reduce shading by too-close neighbors. I’ll also increase the space allotted to each eggplant to 2 square feet and trial ‘Rosita’ against last year’s ‘White Beauty’. For peppers, I’ll grow two varieties of sweet peppers and two varieties of hot peppers, ‘Serrano’ and ‘Trinidad Scorpion’. I’ll try wonderberry this year, another crop in the same family that is supposed to grow only about two feet tall, instead of ground cherries. I’ll trial ‘Purple’ tomatillo this year but allot 4 square feet to each plant rather than last year’s 1 square foot.

Winter radishes and turnips. This year I’ll try a daikon radish, ‘Japanese Minowase’, in addition to ‘Red Meat’ and ‘Round Black Spanish’. I’ll also commit to sowing and weeding all of these crops at the proper time to achieve full-sized roots.

Squash. We did not think as highly of the taste of ‘Sweet Meat - Oregon Homestead’ as its re-selector, Carol Deppe of Fertile Valley Seeds, does. We do not find it sweet, rather it tastes bland although the texture is good. I don’t know if this reflects taste differences between her and us or growing conditions that did not bring out the best in this squash. Nor is this squash storing as well as ‘Waltham Butternut’ does in our basement, admittedly a little cooler than Deppe thinks is ideal for squash storage. This year, I’ll try a different maxima, ‘Guatemalan Blue’, and grow the butternut as well, comparing the two for taste, yield, and storage ability. I also plan to start the plants in late May or early June, as most people do in this area, to learn if they can better withstand squash bug attack when grown in a better-balanced soil.

Sweet potatoes. This year I’m devoting an entire 100 square foot bed to this crop. Half I’ll plant to ‘O’Henry’ assuming I get sprouts off some of my stored crop. I’ll trial two different kinds of orange sweet potato against it for taste, yield, and ease of growth and harvest.

Tomatoes. This year I’m trialing one new tomato variety, ‘Pale Perfect Purple’, against ‘Rose’ and ‘Arkansas Traveler’. ‘Rose’ is much like ‘Brandywine’ in size, shape, and taste but more productive for me. I don’t grow it every year because its tomatoes can be hard to get off the vine and can split but I like it well enough to grow it once in awhile. I’ll grow ‘Hungarian Italian Paste’ for paste tomatoes.

Watermelon and luffa gourd. I’ve been wanting to try ‘Blacktail Mountain’, a small, early watermelon, for years and decided this year is as good as any. I also will try growing luffa gourds and making sponges from them.

With a garden plan and seed starting schedule in hand and onion seeds already started in flats, spring is not all that far away -- snow on the ground and a low of -1F this morning notwithstanding. I hope this year brings a good harvest for all gardeners!
Posted by SLClaire at 4:27 PM