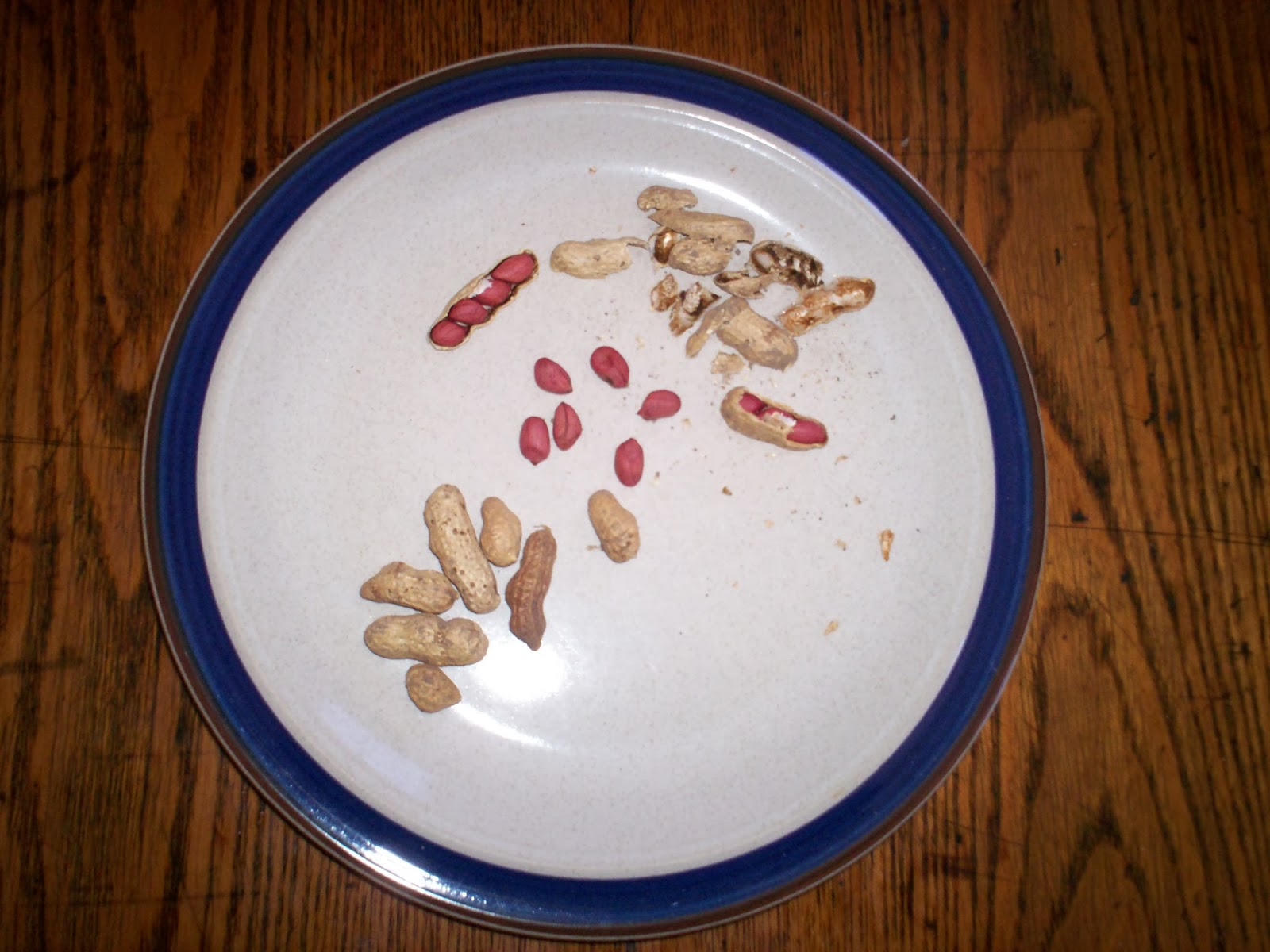 I found that peanuts are easy to grow and delicious, plus they provide a higher proportion of fat and protein for their weight than most garden crops. That makes them a valued part of my garden and our diet.  If you try them, let me know what you learn!
Posted by SLClaire at 12:24 PM 2 comments: